The ethics of banning books in the classroom.

February 3, 2022/Jeana Whitaker/Comments Off on The ethics of banning books in the classroom.

A Tennessee School Board member claimed that banning a Pulitzer Prize winning graphic novel was the ethical thing to do. MAUS by Art Spiegelman wasn’t the first book to be banned in a school district for superficial reasons (Nude cartoon mice, really?), and it certainly won’t be the last.  Many books that are a bit “too” educational have been banned over the years – Of Mice and Men, To Kill a Mockingbird and The Color Purple are just a few of the literary classics that have been deemed as inappropriate by U.S. school districts.  What do I mean by “too educational?”  Stories that tell the truth.  Stories that make people think, question and act.  Stories that expose the veil of ignorance that those in power would like to keep in place.

This is a daily problem in a high school theatre program.  The artform is one that tells stories and high school education is a place where young people are starting to form their own values and thoughts, separate from their families.  The combination of the two can be very dangerous for a theatre teacher when faced with a school board like the one in Tennessee (and most of them are).  I’ve seen it time and again over 25+ years of teaching theatre in public schools. Drama teachers need to beware of using any material that may be considered “unethical” or risk losing their careers.

I was once accused of providing pornographic (yes, that is the word they used) materials to my students, because I would allow them to search for their own monologue materials for auditions.  Once they found a piece that they liked, they would bring it to me for approval to make sure it was school appropriate.  If the monologue had profanity in it, I would tell them that they are not allowed to use it and they needed to change the word or find a new piece to perform.  However, the accusation was that I allowed the students to SEE the word in print.  Apparently, I was supposed to find all of the pieces that my students would be allowed to explore and black out any bad words before their precious eyes could fall upon them.

Teenagers like pushing the boundaries and theatre teachers like giving their students opportunities for growth and the result could be career-ending for a teacher.  The boundaries for what is “appropriate” in a classroom are growing smaller every day as we face this current temperature for canceling everything from Dr. Seuss to President Lincoln.  In at least one school district in Arizona, teachers are not allowed to show any video or pieces of videos that are above a G rating without written parent permission.  Honestly, I don’t know how districts require Shakespeare for study in English Literature classes, as all of his plays have sexual connotations, including the ever-popular Romeo and Juliet.

The argument of ethics

“We are talking about teaching ethics to our kids,” said one school board member as he expressed disgust for Spiegelman’s book.  This is often the argument you hear when banning educational material, but it is all wrong.  What is ethical about denying students the right to learn?  What is ethical about banning books?  Is book banning the ethical way to educate children about the holocaust? “It shows people hanging, it shows them killing kids, why does the educational system promote this kind of stuff? It is not wise or healthy,” he added.  How is it ethical to whitewash these horrific events?  We are bound to repeat this horrifying history if students are not taught the truth of what really happened.  Is it disturbing?  Yes, it HAS to be.  I’ve directed two Holocaust plays in high schools, I Never Saw Another Butterfly and Letters to Sala and both were immensely impactful and highly educational.  The cast needed to examine some hard truths to play these real-life characters.  The cast of Sala had the opportunity to meet the real people from the story and it motivated them to tell their story with truth and honor.

Elie Wiesel, author of the Nobel Prize Winning novel Night, spoke to the junior class of a school where I taught; and I can tell you that it was the one and only time of my 25+ year teaching career that I witnessed EVERY SINGLE STUDENT sitting in a large auditorium, utterly moved with pure empathy and respect for Mr. Wiesel.  They read the book that detailed his disturbing story of torture and survival during the war and then listened and learned from the man himself.  Mr. Wiesel was only 15 years old when he and his family were taken to Auschwitz.  He experienced the depraved acts that the Tennessee school board member mentioned as too “disgusting” to teach our students.  Yet, Mr. Wiesel, a man who had every right to be angry and bitter told these young students seated before him, to see the beauty in others and to be kind to all.  I’m certainly grateful for that experience as an educator.  It was dynamic.  But it makes me question how people can claim that denying these real stories is teaching our students about ethics.

The battle of censorship in our schools will be ongoing.  There will always be people that think it is their job to decide what is appropriate in the classroom.  My teenage students would often groan and whine when I would tell them that we weren’t allowed to examine plays and stories about sex, or drugs, or that contained profanity.  I just explained to them that there is a light at the end of the tunnel.  Once they turn 18 and go off to college, they are considered adults that are allowed (for now) to think for themselves and they can read, and study books and plays that were previously banned from their educational library.  I’ve had the privilege of having some incredibly intelligent students over the years, so at least I can hope that maybe the future will be brighter with a new generation of thinkers. 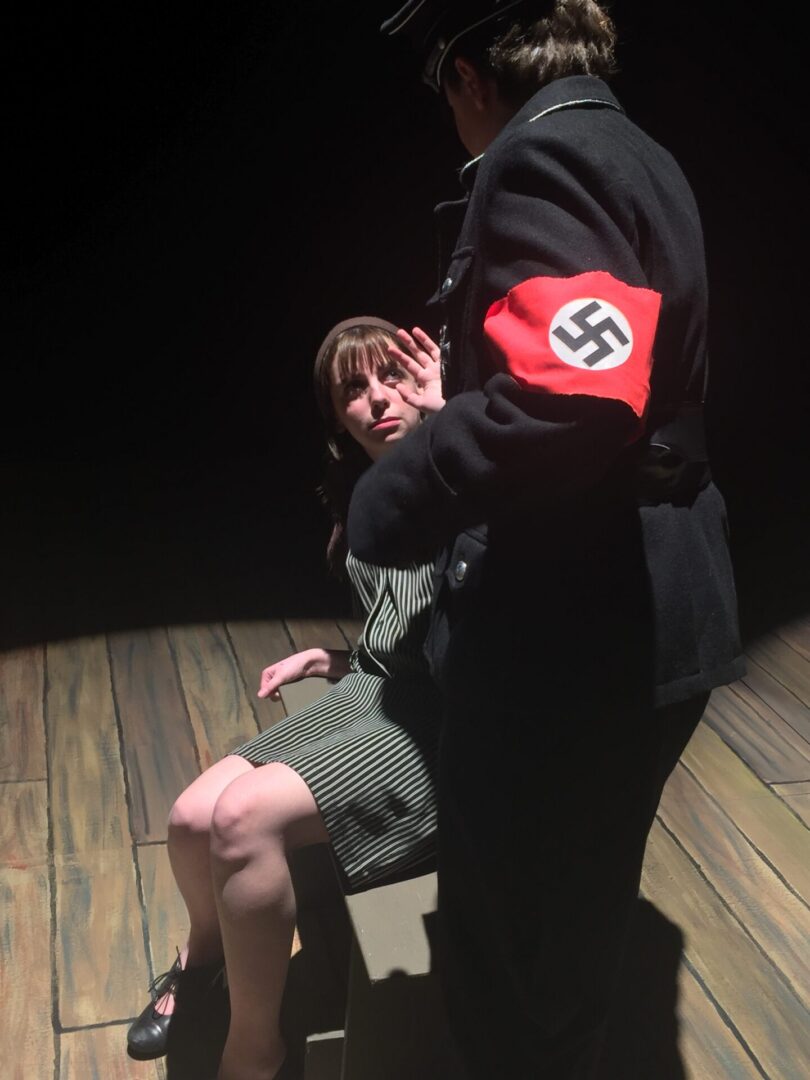